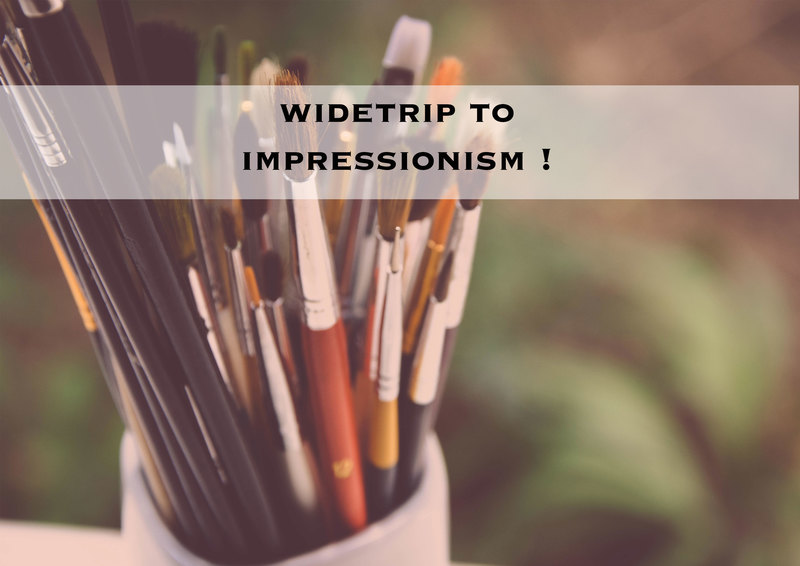 No matter what new centuries bring, we will always have Paris from nineteenth century. It is when Paris was home to many gifted artists and also when impressionism movement was born. If I have to name a few, Claude Monet, Edouard Manet, Pierre-Auguste Renoir and so on but you get the idea.

These talented impressionism artists very often painted Paris so today we are taking ‘Widetrip’ to Impressionism. Let us be the Paris tour guide (virtually and literally if you wish) to walk through some of the impressionism masterpieces painted right here in Paris and compare how it looks like now!

So get ready your drawing material and metro card because when you are done reading this, you will feel like drawing one yourself at these locations! 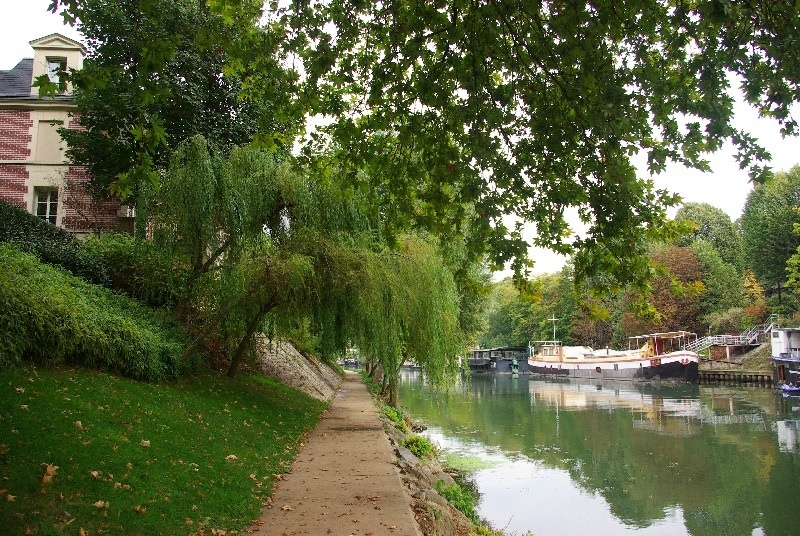 This impressionism painting was painted in Île de la Jatte, one of the islands along the Seine river. It depicts the Sunday getaway of wealthy Parisians back in 19th century and made up of millions of dots. It is located a little far from the center of Paris so it doesn’t attract much tourists now but it is worth visiting to see how he was inspired to paint here and how it made him the father of Pointillism.

One of Impressionism’s most remembered artworks depicts dressed-up working class Parisians spending their Sunday at Le Moulin de la Galette, drinking, dancing and eating. Renoir visited this place often with his friends and painted what we call in impressionism, the snapshot of everyday life of Parisian. Now the famous windmill is a monument but also a private property and the entrance for a bistro ‘Le Moulin de la Galette’.

Widetrip has a perfect opportunity for both history and art lovers. Trust our Paris tour guide and come with us to a drawing-walking-tour to Montmartre where you can actually learn how to draw where Renoir was inspired to paint his painting.

* Edouard Manet < Music in the Tuileries >

This earlier impressionism painting of Manet took place in Jardin des Tuileries which is located near Louvre and hence, one of the most visited Jardin in Paris now. The painting depicts weekly concerts at Tuileries and wealthy Parisians enjoying a peaceful day with music. From this painting, we can see how Jardin des Tuileries looked like in 19th century. It may look different now but it still hosts many concerts so take an afternoon there to enjoy some music like Parisians from 19th century. 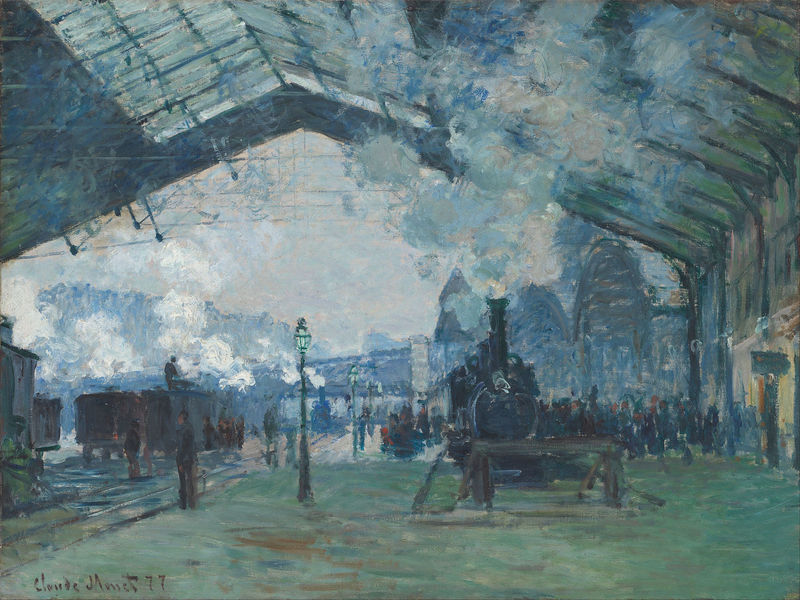 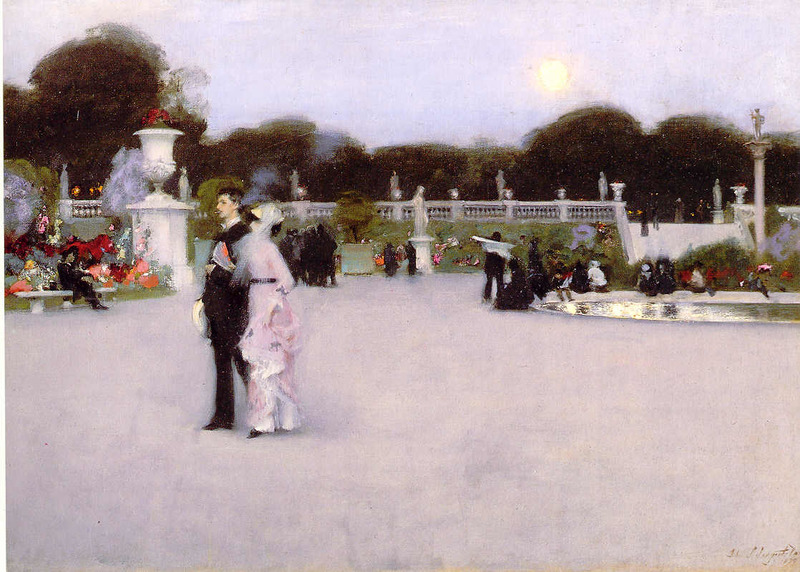 As title suggests, this painting was painted in Luxembourg Garden, the largest garden on the left bank of Paris. It is known for depiction of view of park in twilight and how Parisian characters in the scene are having their own private moment without any spotlight. During reconstruction, some changes have been made to some of the elements in the park but it still welcomes families and tourists everyday for a quiet time in the park. If you would like to know more about the history of Parisian life and the architecture, join one of our Paris tour guides at Widetrip for a walk around Jardin de Luxembourg.

Gutave Caillebotte was passionate about photography as well. If you look at his painting carefully, you can notice his passion in photography. He painted the Parisian couple in the foreground to be ‘out of focus’ and the figures in the left side background to be ‘focused’. Well, here is an idea. Go down to Place de Dublin, where this painting was painted to create your own impressionism photo like how he painted. 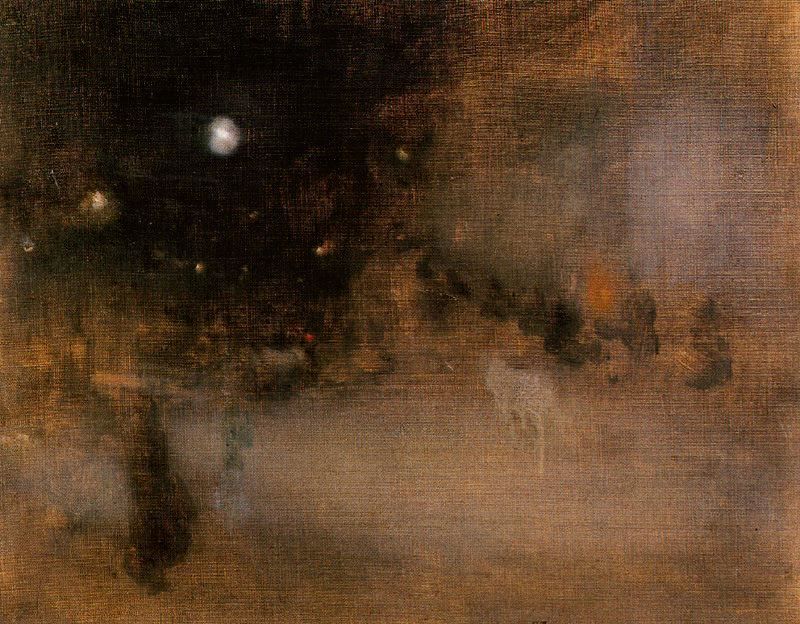 Eugene Carriere is a French Symbolist and Impressionism painter who is best known for spiritual interpretation of family life and his dark and vaporous portraits. However, his technique of painting fog and smokes are well reflected in his painting of La Place Clichy. You may find it difficult to see through the fog but if you look at La Place Clichy as of now, you can nearly see the resemblance.

This is one of the most well known impressionism painting of the view of Saint-Michel and Notre-Dame. With Notre-Dame glowing in orange in the background tells us that it was during sunset. With working class Parisian walking around in the foreground, it shows routine of returning home after work. Now, it is famous for street market selling old books, posters and art pieces which we are sure you have bought at least one postcard from these vendors. 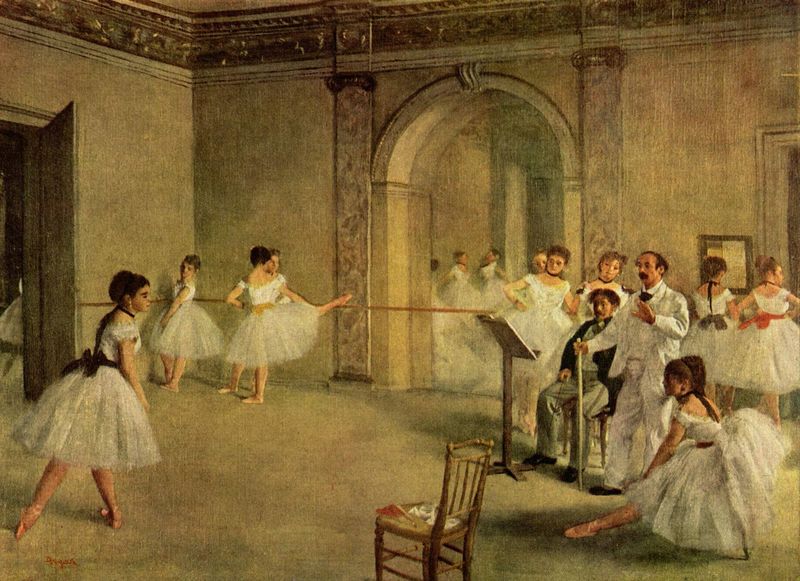 Edgar Degas visited Paris Opera often as a visitor to the backstage and dance studio to observe ballet classes. He produced many paintings of ballerinas during their practice, performance and in backstage. Of course, the Opera which Degas visited then was located in Rue Le Peletier. But do visit Paris Opera to see how Degas was inspired to paint in subject of Ballet.

Pissarro painted a series of impressionism landscapes of Paris including Avenue de l’Opera, Rue Saint Honoré and etc. While he was staying at Grand Hotel de Louvre, he found a perfect room with a view of Avenue de l’Opera, where he was inspired to paint this work. He wanted to show the vivid colors of street and full of life of Parisians. Now the street is lined with elegant stores selling luxury goods and fancy Parisian souvenir. But similar to the painting, the avenue still has no trees with respect to compromise between Haussmann and Charles Garnier to avoid from destroying the view of Opera house by tall trees.

Must visit cafes in Paris